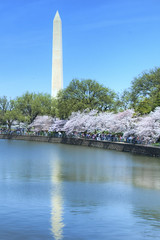 Revision literally means to "see again," to look at something from a fresh, critical perspective._
~ Handout from The Writing Center, University of North Carolina at Chapel Hill

This is an online blog, not a print newspaper or magazine. As such, I won't hesitate to revisit already-published posts to improve or correct them. And, since I'm learning more as I write more, it'll probably be a regular occurrence. So, I want to let you know about a few revisions I've made recently to some older posts.

In my post explaining how to bid for hotels using Priceline, I changed the example bid to target a 4-star quality hotel instead of a 3 1/2-star quality hotel. The star ratings that Priceline assigns to hotels can be unpredictable and frustrating. People who are new to Priceline's "Name Your Own Price" feature should stick with 4-star quality hotels (or higher). The odds are pretty good that you'll be satisfied with the cleanliness, location, amenities, professionalism, and overall standards of any 4-star hotel you win via Priceline. Sticking with 4-star quality level hotels also makes it easier for a novice to implement the unmatchable zone strategy I described.

In the same post, I had noted that you should not bid for more than one hotel room at a time. I'm not really sure where I got the impression that bidding on two (or more) rooms at a time was a bad idea. I have removed that note.

In my post explaining how to figure out how much to bid for hotels using Priceline, I've included a pointer to my subsequent post analyzing The Bidding Traveler. While I'm not ready to recommend The Bidding Traveler as the go-to option for everyone, I think readers should be aware of it, simply because some people just don't have the patience to research bid ranges.

In my post on The Bidding Traveler, I added an additional concern about the site. I just recently realized that none of the people behind The Bidding Traveler have "owned up" to it. Everything is done very anonymously and in a faceless fashion. Even the blog post and forum posts are written anonymously. For a fledgling company, that doesn't sit well with me.

That's it for revision notices right now. One other thing that I'd like to accomplish with this post is to offer you guys and gals an opportunity to comment on the blog, in general - as opposed to any one post. What have you liked so far? Any bugs? Suggestions? Do you find updates like these useful? Let me know in the comments.