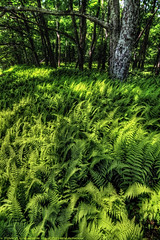 Do you think you might retire early? Earlier than 59 1/2 years old? Are you putting a significant amount of your savings in a Roth IRA or Roth 401(k)? Well, that might not be a smart move.

In a previous article, I explained why I've stopped funding my IRA. That article spurred a series of conversations with a great savings-minded friend and colleague of mine - Todd Krebs. (And this is exactly why I write and publish - to spur conversations about topics I care about with people I respect.) He disagreed a bit with the conclusions I had arrived at and we talked through a couple alternatives that I hadn't fully explored. I found them to be worthy of serious consideration. As such, they're worth sharing.

The Roth variants of tax-sheltered accounts provide a couple of early-withdrawal... angles. The first angle is intentionally incurring the early-withdrawal penalty (intentional penalties). The second angle is withdrawing the original contributions early, while leaving the earnings alone until you reach 59 1/2 (contribution withdrawal). I'm going to analyze both angles.

Please note! - I do not have any formal (or even informal) financial training. Act accordingly. Seek the advice of financial professionals (not me) when it comes to allocating and administering your savings.

While exceptions exist, generally speaking, you will be assessed a 10% penalty on any earnings you withdraw from your Roth prior to you reaching 59 1/2 years of age. As such, intentionally incurring that penalty would seem to be a pretty stupid idea. However, have you ever done the math? Has anyone? What if the ongoing tax-free growth of the assets within the Roth is enough to overcome the one-time penalty at the time of early withdrawal? Well, let's do the math ourselves and find out.

Compare the final asset accumulation (after 5 years) of a $10K contribution to both a Roth account and a taxable account. Assume an 8% annual return for both accounts and a 25% tax rate. At the end of five years, who wins?

Well, the 10% penalty by itself isn't a deal-breaker. However, a non-qualified early withdrawal is also subject to income taxes. Given our assumed 25% tax rate, this (combined with the penalty) is a deal-breaker. In the case of the taxable account, we end up with $13,894.93. In the case of the Roth account, after withdrawal, we end up with $13,050.63. By going the intentional penalties route, we end up ~$800 poorer.

Let's try expanding out the timeframe, but keeping everything else the same. If we double the number of years prior to withdrawal, do the results differ?

The answer is no. In fact, the difference increases (worsens). By going the intentional penalties route over a longer timeframe, we end up a full ~$1,800 poorer. Ouch.

In fact, the only way in which this angle becomes even marginally viable/beneficial is if you are in the lowest (10%) income tax bracket. If bucking a convention only yields you, at best, marginal benefits, go with convention. So, let's toss out the intentional penalties angle.

But what if you harvest from the bottom instead of the top? While the earnings are untouchable, the original contributions (the investment "soil") are very much accessible. And, from what I understand, the account custodian doesn't make any effort to differentiate the actual contribution dollars from the earnings dollars. (In other words, contribution dollars are indistinguishable from earnings dollars.) So, in practice, as long as the total amount you harvest (withdraw) never exceeds the total amount of the contributions you have made to the Roth, you're good.

What this means is, on a regular (say monthly) basis, you can freely (for all intents and purposes) withdraw your "earnings" - up to an amount not to exceed the total contribution amount you've made into the Roth. On a tactical/concrete level, this means you don't need to actually sell any holdings when withdrawing. Pretty cool! You're conceptually living off of your investment income - cash. And if you do it right, your account balance should never actually decrease. If your monthly income exceeds your monthly expenses (and withdrawals), your account becomes cash flow positive!

It sounds great. Unfortunately, while it'll work for some, it won't work for everyone.

The success of the contribution withdrawal angle is based on two factors - 1.) being cash-flow positive and 2.) not running out of contributions to tap before reaching 59 1/2.

But take a step back for a second. Why are we forgiving the Roth of these hassles and enduring this analysis? Yes, the earnings will grow more rapidly in the Roth account than they would in the taxable account - because nothing is being lost to taxes. However, because these additional earnings are trapped until you turn 59 1/2, for the purposes of allowing you to retire early using those earnings, they're useless. In short, it would seem that the tax advantages afforded by a Roth aren't directly advantageous to an early retiree.

Or, maybe not. Admittedly, I'm being too black and white here. Those tax advantages actually can get you to retirement earlier than 59 1/2, but in an indirect way. And, similarly, I'm going to explain how in a round-about way.

First, let's figure out if this contribution withdrawal angle will work for you - by using an equation. Estimate the following three numbers:

The equation you need to plug these numbers into is as follows:

Clear as day, eh? 😉 Let's plug in some plausible numbers to make this more understandable. ("Plausible" is, of course, in the eye of the beholder. I used the moneychimp compound interest calculator to arrive at the contribution amounts you'll find below. If, given your personal financial situation, you don't agree with them, I encourage you to adjust them in whatever way you feel to be more plausible.)

Scenario #1: Let's imagine that you believe you'll be cash-flow positive at AGE 55, with annual EXPENSES of $40K and total Roth CONTRIBUTIONS at that point amounting to $300K (approximately $10K/yr for 30 years). 300K divided by 40K equals 7.5 and 59.5 minus 55 equals 4.5. 7.5 (the number of years an amount equal to your contributions will be sufficient to cover your expenses) is greater than 4.5 (the number of years before you can start tapping your earnings). So, in this scenario, you should feel free to fund your Roth. In terms of the equation, scenario #1 is as follows:

Scenario #2: Let's be more optimistic with regard to becoming cash flow positive - with AGE equaling 50, EXPENSES being the same $40K, and CONTRIBUTIONS amounting to $375K (approximately $15K/yr for 25 years). This scenario yields the following equation:

Scenario #3: Let's be even more optimistic with regard to becoming cash flow positive - with AGE equaling 45, EXPENSES again being the same $40K, and CONTRIBUTIONS amounting to $500K (approximately $25K/yr for 20 years). This scenario yields the following calculation:

If you keep on plugging in progressively younger ages (at which you become cash-flow positive), you'll see that funding your Roth becomes less and less of an intelligent option the earlier your account becomes cash-flow positive. You end up with a situation where you're cash-flow positive, but unable to retire because not enough of your money is accessible. Fundamentally, you're missing one of the two success factors on which the contribution withdrawal angle is based - not running out of contributions to tap before reaching 59 1/2.

Please note! The equation I'm using here is a bit simplistic, as it doesn't factor in inflation. As such, err on the side of caution when running your own numbers.

What we can conclude based on these scenarios is that, for people who become cash-flow positive "too early" in life, a Roth becomes unattractive. And, in this way, it now becomes clearer how the tax advantages of a Roth can indirectly get everyone else to retirement earlier than 59 1/2. As your earnings grow more rapidly in the Roth account, you approach the point of being cash-flow positive at an earlier (but not "too early") age. You'll then have one of the two success factors on which the contribution withdrawal angle is based - being cash-flow positive.

The later in life (and closer to 59 1/2) you believe you'll end up being cash-flow positive, the more critical for you tax-free earnings growth becomes, and the more attractive to you the contribution withdrawal angle becomes. If this is you, by all means, fund your Roth to your heart's delight. If this is not you, keep your money out of that Roth.

To Roth Or Not to Roth

So, where are we? While the intentional penalties angle looks to be a bust for pretty much all parties, the contribution withdrawal angle definitely holds promise for some. How much promise? It depends on at what age you believe you'll become cash-flow positive. And that's the rub, isn't it? How are you supposed to accurately forecast that? I know, it's tough. Try taking your current annual expenses, contributions, and investment yield and project out from there. Of course, the closer to square one you are, the more inaccurate your projections will be.

To a great degree, a lot of it comes down to your basic emotional outlook regarding your future living expenses, earning power, and investment acumen.

Optimistic? If so, you probably don't need to absolutely maximize your returns. Instead, maximize your financial flexibility by keeping your money outside of any type of tax-sheltered account, including Roth variants.

Pessimistic? If so, you probably don't feel the need to maximize your financial flexibility. Instead, stay the conventional route and maximize your returns by putting your savings in a Roth account. If it later turns out that your pessimism was unwarranted, you'll still have the contribution withdrawal angle available to you.

Once again, many thanks to Todd Krebs for the discussion that led to this article.

If you see anything here that resonates strongly with you, in either a good or bad way, please let me know. I'd love to know what you think. Thanks!