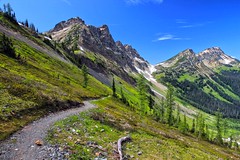 On Quora, Mike Brenner asked What goals should be included in a long-term Digital Roadmap for Baltimore? My suggestion: mimic Living Social's Hungry Academy, but for the benefit of all of Baltimore's startups.

I'm not saying that this would be a silver bullet to address all of Baltimore's woes, but I do consider it to be a technology-centric step that could be taken to help grow the city's tax base. Once the city's revenue stream starts growing, it could then tackle its more fundamental problems - principally among them, that it isn't viewed as being kid-friendly.

Very few people with a choice want to raise children in the city. Today's suburban-raised parents can't even visualize raising their kids in an urban environment like Baltimore City. I know I wouldn't be able to.