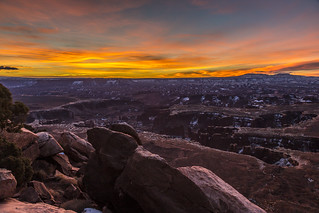 What happens after a piano falls on you? I suppose your initial question would be “What do you mean ‘after’”? Well, what if the piano doesn’t kill you? What’s the next day like? How does your life proceed?

In July of 2014, I was hit by a metaphorical piano - I was diagnosed with Ankylosing Spondylitis (AS). Now, for me, it’s probably more appropriate to characterize that diagnosis as the final stroke of what had been a slow-motion, months-long piano drop. The diagnosis at the end was the swiftest part of the saga. But, obviously I survived. So what happened after?

Back to the Gym

As I’ve explained previously, the initial course of Celebrex given to me by my rheumatologist proved to be life-changing (in a good way). This allowed me to start back to the gym in earnest for regular lifting, as I had been doing for decades. By the time I had received my AS diagnosis, after going through physical therapy for several months, my weight had fallen to 157lbs (~15lbs less than I considered healthy and robust for me). With my AS pain now under control, it became a realistic goal to get my strength and muscle back.

I took it slow, though. After all, I had been off of a full-intensity lifting routine for a full six months. The months leading up to my AS diagnosis had, instead, been spent performing a gamut of low-weight physical therapy exercises. Load-bearing lifts were a different sort of animal and I didn’t want to injure myself in an impatient return to action. It took several months, but I did eventually get back to the point where I could hit my previous weights and reps.

From a physical activity perspective, I was eager to get back to normal. And, over time, normalcy returned. But, once achieved, I set a new goal - to learn something from what I had been through over the preceding months - to create a new normal for myself. I wasn’t going to simply put my ordeal behind me and move on. I didn’t view my diagnosis and relief-providing medication as a closing chapter. Rather, I viewed the preceding months as chapter #1 of a long book that I was just starting. And the reprieve I was enjoying was temporary in nature and not to be taken for granted.

My feet and ankles had garnered the bulk of my attention pre-diagnosis, as they were my principle source of pain and frustration. And so it made sense that my attention would remain with my feet and ankles after they had healed. “Returning to normal” meant slowly strengthening my feet and calves, in terms of seated calf raises and standing calf raises. Such moves had been part of my lifting routine forever.

On the other hand, “creating a new normal” meant investigating new and alternative approaches toward my feet. Given my predilection toward a primal lifestyle and ancestral health, it didn’t take long for me to find myself reading articles espousing the benefits of minimal footwear. The thinking that we are doing our feet (and, by extension, ourselves) a huge disservice by constantly encasing them in cushiony shoes was new to me, but I found it appealing.

It didn’t take me long to become convinced. I decided that I wanted to strengthen my feet’s natural arches, and stop simply letting my shoes prop them up all the time. I wanted to bring my heels down to neutral, let my toes spread out, and stop clenching onto flip-flops. I wanted to get my feet and I back in touch with the ground, wake them up from a life spent sleeping, wake them up from sensory deprivation.

I quickly moved off of the orthotics on which I had come to rely before my AS diagnosis. I bought and read “Whole Body Barefoot” by Katy Bowman. If I was going to make this transition, I wanted to do it right. I bought myself a couple pairs of Lems. They became my new shoes of choice for lifting at the gym and casual activity during the day. When at home, I tried to go barefoot when possible. I bucked my neatnik tendencies and ventured outside without shoes to mow the grass, do yard work, get the mail, etc. I eventually bought a third pair of Lems to replace my traditional work (office) shoes.

When walking, whether barefoot or in shoes, I started seeking out bumps, cracks, and other uneven surfaces. I wanted the texture and stimulation. Walking begat more walking. And more walking begat sprinting. Me! Sprinting! Yup - I subtracted one day each week from my lifting regimen and, instead, started sprinting once every week. I was into it. I loved being less one-dimensional. I made it my goal to eventually sprint in my minimal shoes and, after a full year of working my way up to it, hit my goal. The day I switched over to minimal shoes for sprinting is the last day I wore one of my traditional pairs of shoes.

The thinking that remained the driving force behind this metamorphosis of personal foot health could be summed up by “the AS isn’t gone”. I knew that the AS was still there - inside me. It was just taking a breather. At some point down the road, I was going to have to deal with the pain and inflammation again. And, in my mind, the odds were good that it’d hit my feet again. If there were any steps I could take to better prepare myself and my feet for that re-occurrence, to me, these were the steps.

Of course, it wasn’t just all about feet for me, post-diagnosis. Let me circle back around to the Celebrex. Ah, Celebrex - the bringer of my relief. Unfortunately, as with all pain, once you address the thing that hurts most, something else, by necessity, becomes the thing that hurts most. And so, while the Celebrex made a hugely positive impact to my overall level of pain, I still had pain. It was just much more tolerable now.

But, I still remember my disappointment when my rheumatologist, after having had me on Celebrex for about six months, told me to try and cut back my usage of the drug. You see, Celebrex is an NSAID (Nonsteroidal anti-inflammatory drug). And, unfortunately, prolonged usage of NSAID’s can really mess with your insides - especially your gastrointestinal tract. While I had been doing fine on Celebrex, with no signs of detrimental side-effects, my rheumatologist was wary of the drug’s toxicity.

Knowing that time was limited, I looked to add some natural anti-inflammatories to my diet. Being on a Paleo diet was quite the help, as the diet is already very anti-inflammatory. To my diet, I added turmeric root, which I feel made a difference (in a good way). My pain and stiffness went down another notch. As a result (or maybe simply by coincidence), I was able to take my last dose of Celebrex a little more than nine months after my first life-changing dose (when initially diagnosed with AS). Diet, exercise, and lifestyle took over from that point forward.

I’ve continued on like that for a while - close to two years, in fact. No medications, some turmeric, with plenty of attention to diet, exercise, and lifestyle. While I still suffer from stiffness and localized pain, I don’t consider it to be of significant impact to my quality of life. So, for me, the post-piano-fall story is turning out pretty well. But, these are still but the opening chapters. More to come.